The two syllables of the name “Roka” came from Romania and Kanata (former name of Canada). In the beginning, in 2012, this project was the result of collaboration between an immigrant agronomist from Romania, Dragos Iuroaia, and his Canadian partner. A year later, the Romanian remained the sole owner of Domaines Roka, following the departure of his former partner from Vancouver.

Coming from a family of agronomists (his father is the director of the famous Cotnari vineyard), Dragos Iuroaia was educated at the Faculty of Agronomy of lasi, a big city in the north of Romania. After immigrating to Quebec in 2005, he enriched his experience working on several farms. 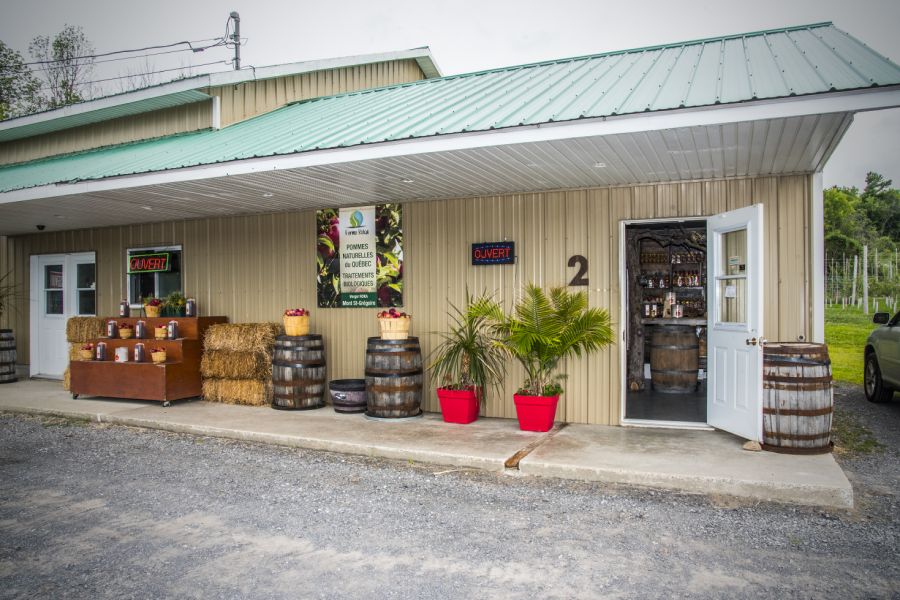 From the beginning, Dragos Iuroaia decided that his orchard should produce organic apples. “I worked in various places and was amazed at the number of pesticides used in growing apples,” he said. “That’s why I decided to give people healthy apples without any chemicals. I knew it was hard to do because organic crops are extremely vulnerable to diseases and insects. It’s a constant struggle on a daily basis. I start the work in the winter and as soon as the weather allows, I trim the trees. In April, I provide treatments for specific diseases (such as scab) and I cover the apples with clay to protect them from insects. I put lime on the trunks and cover them with a double layer of cardboard that collects the insects’ eggs; in September I remove and burn them.”

There are only a few organic orchards in Quebec because you have to constantly fight against insects and viruses, with only a handful of weapons. Added to this is the difficulty of obtaining organic certification: it can only be obtained after three years of organic farming and every year new inspections are carried out. Not to mention the slightest deviation from the rules can result in a license suspension of three or more years.

“It’s not easy,” says Dragos Iusoaia, but it’s worth it. “There is no greater satisfaction than seeing your apple trees full of great tasty fruit and knowing that you will offer people quality products. Moreover, organic production contributes to environmental protection and this is something close to my heart.”